Government by Absurdity Takes Many Forms

Watching tens of millions of Americans lose their healthcare in slow motion. 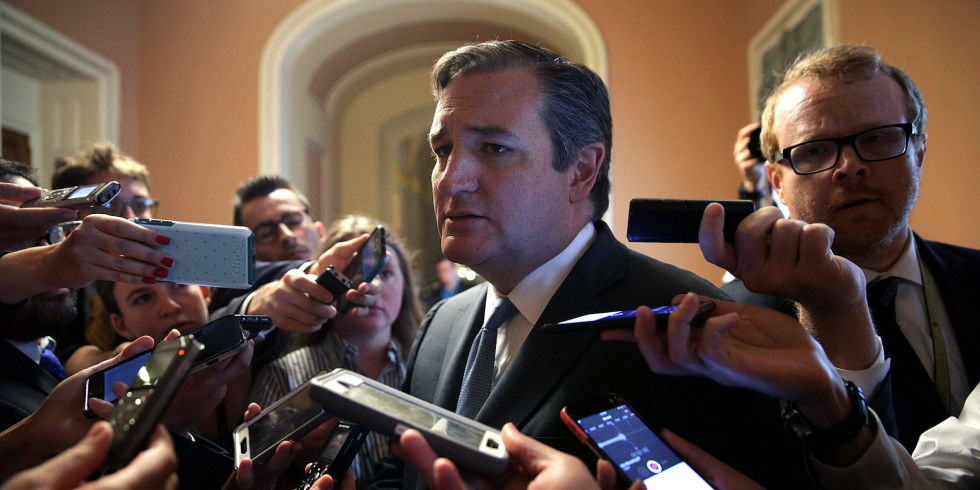 WASHINGTON—A corporal’s guard of protestors remained on the South Lawn of the Capitol late Tuesday night as the U.S. Senate finished its work for the day by voting down measures that would’ve replaced the Affordable Care Act with something far worse. Half-drunk frat boys heckled them, and they heckled back, and all went quiet at the end of an ugly day.

Inside, there was a curious vote on something called the Better Care Reconciliation Act, which the Congressional Budget Office has estimated would cost 22 million Americans their health insurance. This contained an amendment from Tailgunner Ted Cruz that would allow the propagation of street-surance, cheap plans that cover nothing. It also contained an amendment from Rob Portman, Republican Senator from Ohio, that was aimed primarily at keeping Rob Portman the Republican Senator from Ohio. Because these elements of this jerry-rigged monstrosity had not been scored by the CBO, the measure needed 60 votes to pass, unless the Senate agreed to waive certain procedural requirements. The vote on the waiver failed, miserably, with nine Republicans joining a united Democratic minority to sink it, 57-43. 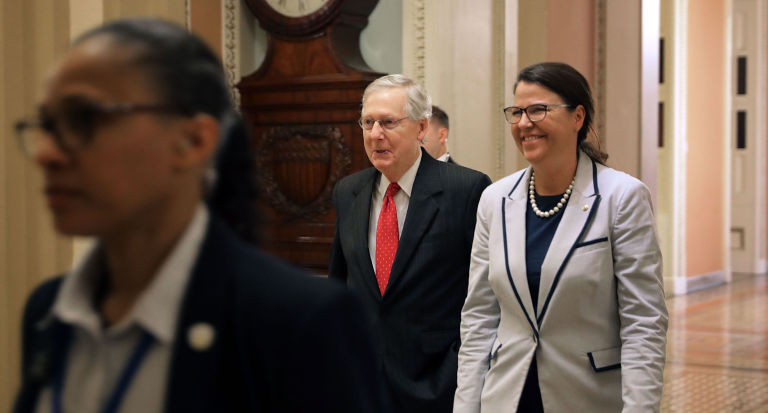 (Those people clinging to the notion that John McCain nobly came back to vote to begin debate in order ultimately to vote against the final passage of whatever Mitch McConnell cobbles together now have to reckon with the fact that McCain voted in favor of a bill he had said he opposed six hours earlier. Was the senator confused? He could’ve consulted his BFF Lindsey Graham, who was one of the nine Republicans who voted against it.)

After the vote, the Tailgunner gathered a brief gaggle outside the Senate chamber in which he expressed confidence that his effort to legitimize insurance fraud remained a viable option. “This is the first step in the process,” he said. “I believe it’s too soon to tell [when his amendment would re-emerge] when you’ve got unlimited amendments. I believe we will see the Consumer Freedom Amendment included in the legislation that is ultimately enacted. When in the process we will see that, the legislative path to get there, time will tell. But this is the way the legislative process works.”

Half-drunk frat boys heckled them, and they heckled back, and all went quiet at the end of an ugly day.

Clearly, what Cruz is hoping for is that something—probably the “skinny repeal,” which would eliminate only certain unpopular elements of the ACA—will come out of the Senate, whereupon the show will move into conference with the House of Representatives, where the wild things do run, and where the Freedom Caucus is running things. (At the moment, this cry of loons is trying to submarine the CBO.) The extreme and the crazy—and, it must be said, the vastly unpopular—likely will be injected there. Odds are pretty decent that the Tailgunner’s desire to free the American people from the shackles of health will be met through some bill of which very nearly 20 percent of the American people approve.

There’s more of this coming today; it’s likely that the Senate will get to roundly vote down an even less popular variation on Wednesday and then move along to something they can send into the crazy grinder at the other side of the Capitol. All this, of course, is to pass something almost universally unpopular to replace something that cracked 50 percent approval not so very long ago. Government by absurdity takes many forms.