Facing A Critical Shortage Of Drivers, The Trucking Industry Is Changing 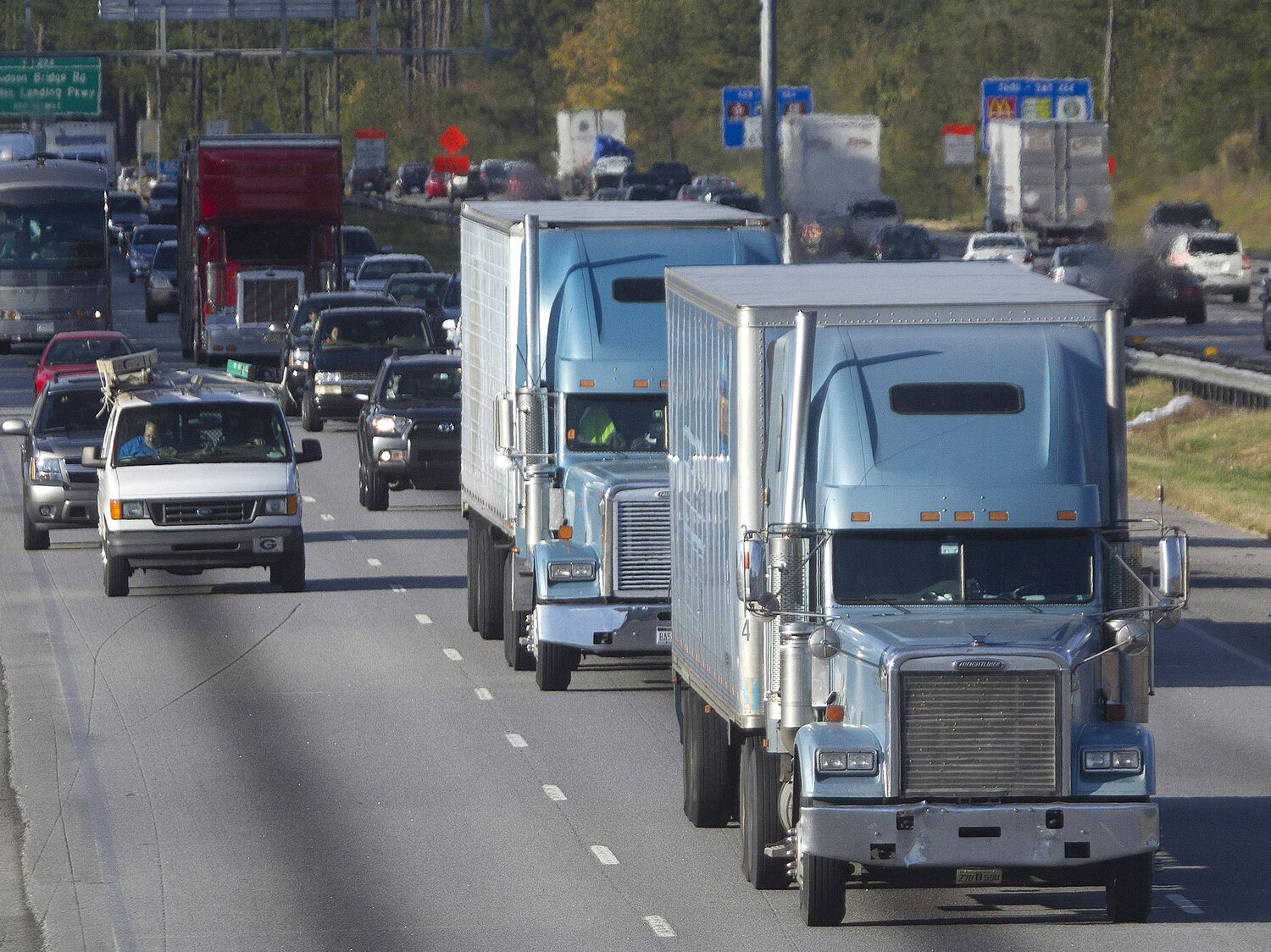 Trucking companies have had a tough time hiring drivers willing to hit the road for long hauls. Now the U.S. is speeding toward a critical shortage of truck drivers in the next few years and companies are upping pay, making the job easier, and opening it up to new kinds of drivers. John Bazemore/AP

It’s never been harder to hire long-haul truck drivers, even though companies are making the job more lucrative, less aggravating and more inclusive.

The driver shortage stretches back a quarter century, and lately a run-up in freight demand, staggeringly high turnover rates and waves of baby boomer retirements are compounding the problem.

It’s not like these folks are making horseshoes. Trucking is an absolutely essential, critical industry to the nation, to everybody in it.

The American Trucking Associations figures companies need about 60,000 drivers, a number that could top 100,000 in just a few years.

Trucks move almost all of the food and other items Americans purchase, and the shortage of drivers is driving up shipping rates.

“It’s not like these folks are making horseshoes,” says Todd Spencer, president of the Owner-Operator Independent Drivers Association. “Trucking is an absolutely essential, critical industry to the nation, to everybody in it,” Spencer says. 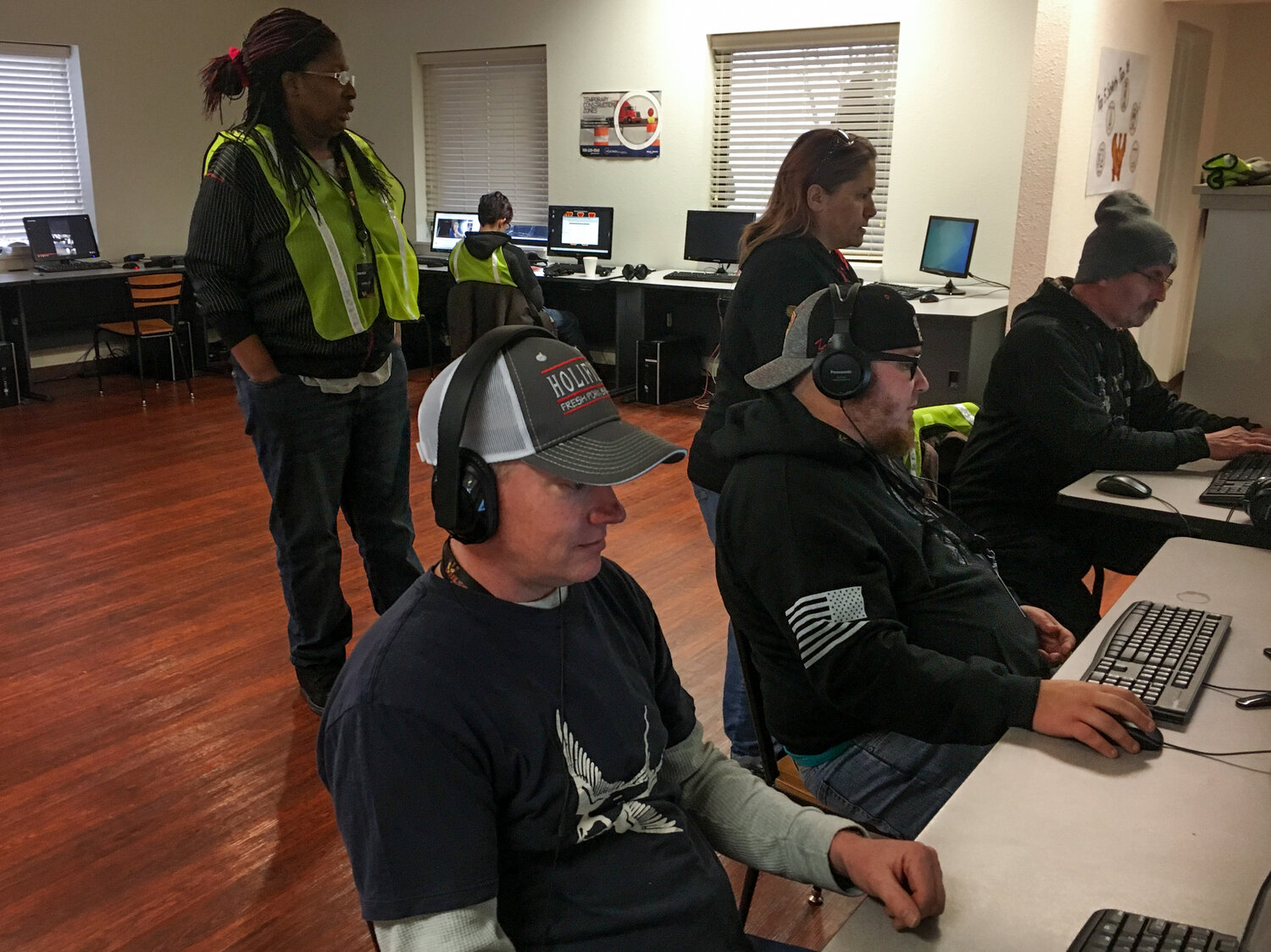 Truck driving trainees work in the classroom at Wilson Logistics driving school in Springfield, Mo. Despite pay hikes and greater inclusivity, there is still a critical shortage of long-haul truck drivers. Frank Morris/KCUR

“If you’re not getting a 401(k), health care, paid time off, you need to get a different job, because you can get all of that,” says Costello.

Some trucking companies sweeten the deal with bonuses for signing on, referring people, or just staying with a company. Some have begun offering free, online college tuition for drivers.

But even with the recent pay hikes, Klemp says drivers make less now than they did in the 1980’s, adjusted for inflation.

The way truckers can be treated by shipping companies is another huge issue.

Most long-haul truckers are paid by the mile, not by the hour. And some routinely spend hours waiting to load or unload at shipping facilities. That wait time cuts straight into drivers’ income. Thomas J. O’Conner, president of YRC Freight, says his company and others are taking a harder line with shipping customers who tie up their drivers.

“If you’re tying up my driver or my equipment, then it’s going to be harder for me to justify dedicated equipment to your business needs or charging what I charge you today,” says O’Connor. “It’s going to cost you more.”

“I think as an industry we need to be more creative and resourceful to attract and retain top-notch people, O’Connor says.

And there’s one huge group of people in particular the industry needs to attract: women. Currently about 8 percent of long-haul drivers are female.

“So, that’s clearly an opportunity for us,” O’Connor says.

The trucking industry’s efforts to increase that percentage seem to be working.

But Thornton, whose father is a trucker, says that while companies may be more welcoming of women, minority and LGBT drivers, aspects of the trucking industry are not. 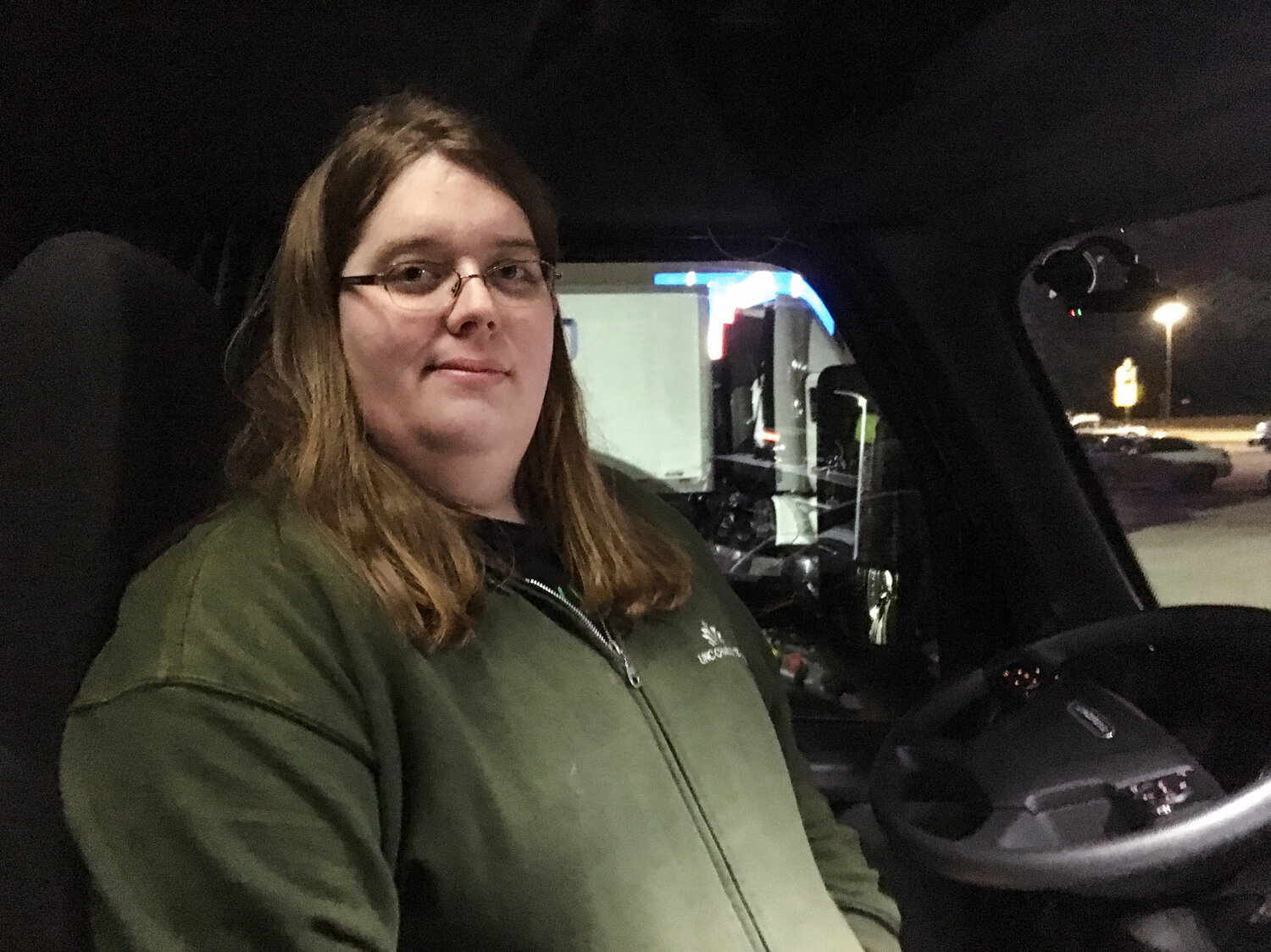 Ellie O’Daire, a transgender driver, at a Sapp Bros. truck stop in Percival, Iowa. The industry has become more inclusive as it seeks to alleviate a critical shortage of drivers. Frank Morris/KCUR

Long-haul truck drivers work and live in their trucks. There aren’t many places to park a semi, so drivers are tied to truck stops for food and truck bathrooms, night after night.

“[There are] safety concerns, especially if you’re a solo female driver,” Thornton says.

This is the kind of thing trucking companies hate to hear, given the importance they place on recruiting women. But companies have an advocate in Ellen Voie, president and CEO of Women in Trucking.

“We work with the truck stops on lighting and fencing and reporting to them a truck stop that’s not safe,” Voie says.

I got into [truck driving] in the most millennial way possible. I was playing too many video games.

Voie estimates the percentage of women who are long-haul drivers has doubled in the past dozen years, and she expects it to take off sharply in the near future.

“I got into [truck driving] in the most millennial way possible. I was playing too many video games,” O’Daire says.

O’Daire says a game that simulated truck driving sparked questions about the real life industry. It wasn’t long before she encountered a Wilson Logistics employee online, who ushered her into a trucking company founded and run by Darrel Wilson. 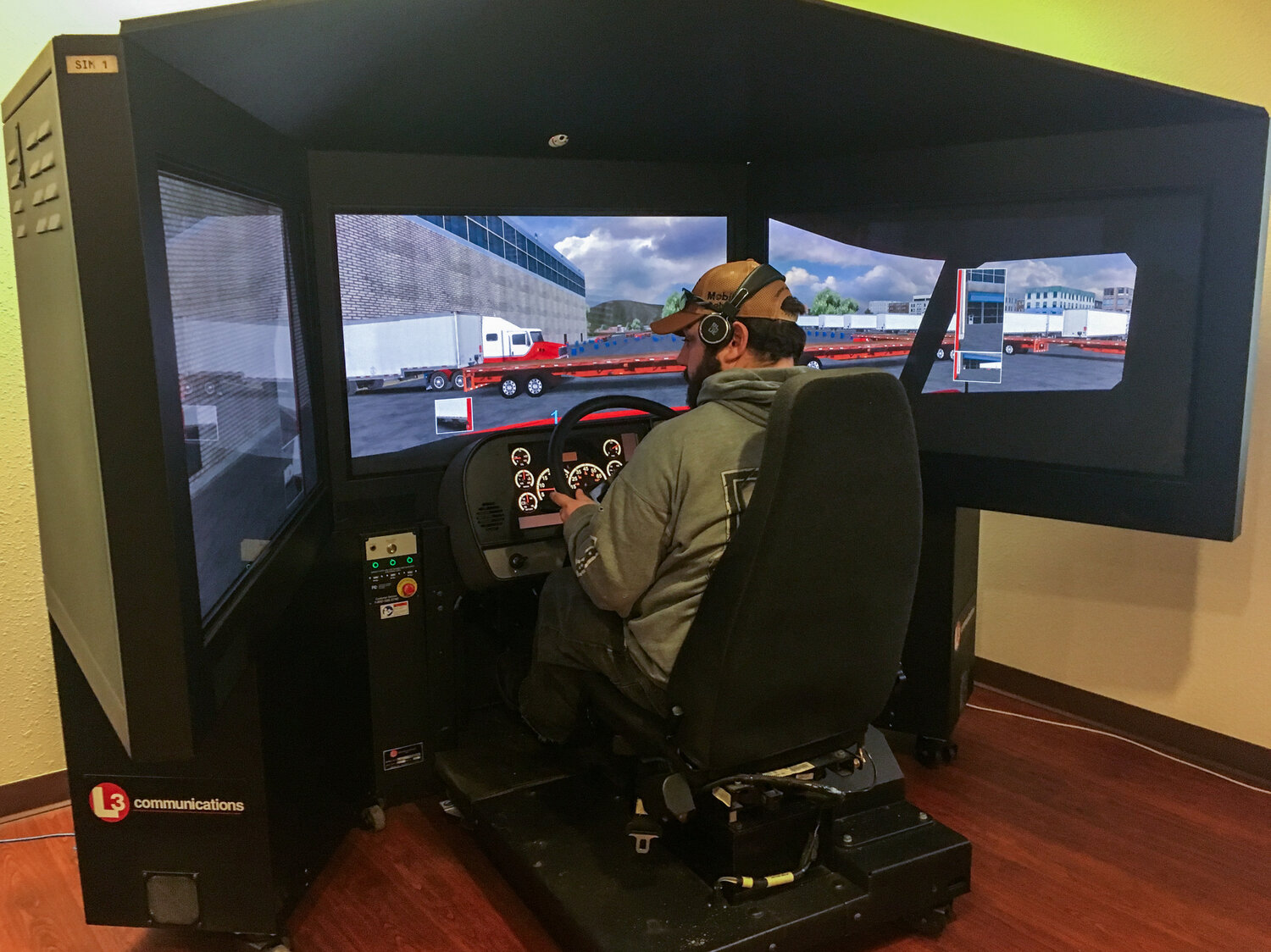 John Bounds sits behind the wheel of a driving simulator. Frank Morris/KCUR

Wilson says the job has changed dramatically since he started driving with his father in the 1970’s. Many new trucks have automatic transmissions and the type of safety features you might expect on a new car: cameras and computers that watch lanes, look out for obstacles and even hit the brakes automatically sometimes. Modern technology also allows companies to track drivers meticulously, which annoys some veteran truckers.

“If someone likes it, they can almost make it into a big video game for themselves, and I think Ellie does a pretty good job of that,” says Wilson at his desk in Springfield, Mo. “She buys into our safety technology, doesn’t buck it. So, yes I think as technology changes, the folks it appeals to change and our face changes.”

There’s no doubt the face of trucking is changing, it’s just not clear that’s happening fast enough to reverse the deepening shortage of truck drivers.