Two of the pipeline builder’s largest projects hit roadblocks this week, which could spell more trouble down the road.

Energy Transfer Partners‘ (NYSE:ETP) has had its share of difficulties over the past year. The headliner was the problems it faced in building the Dakota Access Pipeline, which endured several months of setbacks due to protests that caused a delay in getting a key permit. While that project finally entered service last month, the issues with that pipeline haven’t gone away.

Unfortunately, those nagging issues aren’t the only problems facing the company. Just this week, two more of its pipeline construction projects came to a halt. Not only could these new roadblocks delay the in-service date of these key projects, which would have an adverse impact on its cash flow as well as the operations of its customers, but it would further tarnish the company’s already sullied reputation. That could haunt Energy Transfer in the future unless it cleans up its act. 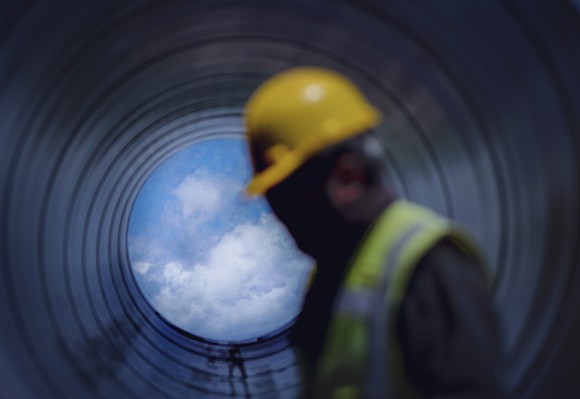 The largest project Energy Transfer currently has under construction is the $4.2 billion Rover Pipeline that would move natural gas from the Marcellus and Utica shale plays of West Virginia, Pennsylvania, and Ohio to market centers in the Michigan and Ontario. The company initially expected an in-service date of the first phase in July, with full service anticipated by November.

That said, the company hit a roadblock this spring after 2 million gallons of drilling fluids used in horizontal drilling underneath roads and waterways spilled into wetlands in Ohio. Worse yet, regulators found that the fluids didn’t just contain the clay and water mixture that Energy Transfer disclosed, but also had trace amounts of diesel. Because of that, the company hasn’t been able to complete any new directional drilling on the project, which has delayed the in-service date of the first phase until late summer.

Meanwhile, this past week environmental regulators in West Virginia ordered the company to stop work on certain sections of the pipeline after finding that it violated state rules and a water pollution permit. As a result, the company must cease work on these sections in the state until it regains compliance with all the terms and conditions of its permits and local laws.

Another major project for the company is the $2.5 billion Mariner East 2 natural gas liquids (NGL) pipeline, which would move NGLs from the Marcellus and Utica to an export terminal near Philadelphia. However, this project has also come under intense opposition and scrutiny. Its latest setback came this past week when a judge in Pennsylvania halted construction of the pipeline in a town in the southwestern part of the state due to a dispute over the location of a valve and other equipment, which the town says is in violation of a 2015 agreement.

That said, this isn’t the first problem with this construction project. The company already had to halt directional drilling due to another inadvertent release of drilling fluids in the area. Further, the company was recently fined by Pennsylvania’s Department of Environmental Protection for a violation during construction that affected wetlands in another part of the state. 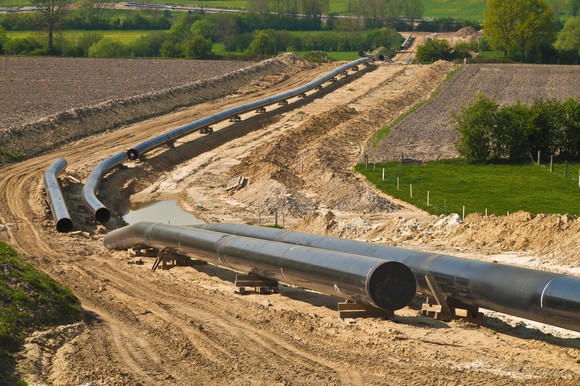 Customers are counting on these projects

These delays represent more setbacks for investors given that Energy Transfer Partners is counting on these projects to fuel its distribution growth plans. That said, it’s not just Energy Transfer’s investors that will feel the impact if these projects don’t start service as expected because many of its customers are counting them to drive future growth. Antero Resources (NYSE:AR), for example, is an anchor shipper on the Rover Pipeline, which it’s counting on to help it deliver on its long-term production targets to increase its gas output by 20% to 22% through 2020. Without the project, there might not be enough regional pipeline capacity, which could force Antero to scale back its growth plans. Meanwhile, Antero Resources is also an anchor shipper on Mariner East 2, which the company expects will improve the prices it realizes for its NGL production because it will have the ability to export them to international markets.

Southwestern Energy (NYSE:SWN) and Eclipse Resources (NYSE:ECR) are also counting on Energy Transfer’s projects entering service. In Southwestern Energy’s case, it’s rapidly ramping up production in Southwest Appalachia due to its view that new pipeline projects like Rover will reduce the discount its gas fetches compared to market rates from $0.67 in 2017 to $0.21 by 2019. Meanwhile, Eclipse Resources is planning to increase its output by a 25% compound annual rate in the coming years due in part to the greater market access it sees in the forecast once Rover enters service.

The black eye to its reputation might start to hurt

Energy Transfer Partners has taken quite a hit to its reputation over the past year due to the issues it has had with constructing its major pipeline projects. Because of that, it could become harder for the company to move forward with new projects because customers might be reluctant to sign up for capacity given its prior issues. That could give competitors the upper hand in winning new projects, which might impact the company’s ability to grow in the coming years. That dimming growth outlook gives investors less incentive to stick with the company over the long term unless it can clean up its act.