Cambridge Analytica Is Not an Anomaly 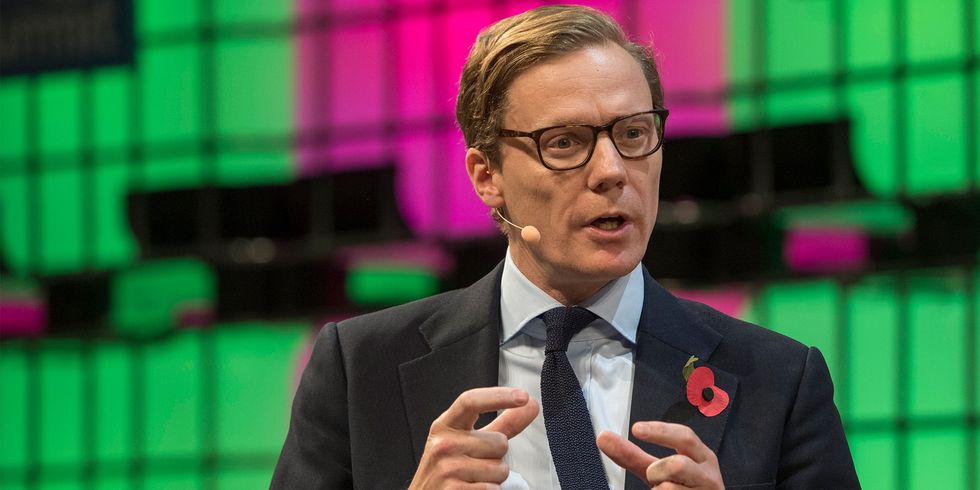 A murder of crows.

An exaltation of larks.

A shrewdness of apes.

A bannon of sleazebags.

“In an undercover investigation by Channel 4 News, the company’s chief executive Alexander Nix said the British firm secretly campaigns in elections across the world. This includes operating through a web of shadowy front companies, or by using sub-contractors. In one exchange, when asked about digging up material on political opponents, Mr Nix said they could “send some girls around to the candidate’s house”, adding that Ukrainian girls “are very beautiful, I find that works very well”. In another he said: “We’ll offer a large amount of money to the candidate, to finance his campaign in exchange for land for instance, we’ll have the whole thing recorded, we’ll blank out the face of our guy and we post it on the Internet.”

This is the company that credits itself with putting the current president* in the White House. This is the second of a three-part series. The first part broke the news of how Cambridge Analytica grabbed 50 million Facebook profiles and used them to build a program to predict and influence electoral behavior in 2016. From The Guardian:

“A whistleblower has revealed to the Observer how Cambridge Analytica – a company owned by the hedge fund billionaire Robert Mercer, and headed at the time by Trump’s key adviser Steve Bannon – used personal information taken without authorization in early 2014 to build a system that could profile individual US voters, in order to target them with personalized political advertisements. Christopher Wylie, who worked with a Cambridge University academic to obtain the data, told the Observer: “We exploited Facebook to harvest millions of people’s profiles. And built models to exploit what we knew about them and target their inner demons. That was the basis the entire company was built on.”

Meanwhile, Part Three is said to be about “the company’s work in the United States.” I can hardly contain myself.

On January 27, 1972, a creative and ambitious lawyer named G. Gordon Liddy, then in the employ of President Richard Nixon’s re-election campaign, made a presentation in the office of Attorney General John Mitchell concerning something he called Operation Gemstone. This was, Liddy said, a program designed to disrupt the Democratic convention, and also to keep the Republican convention secure from disruption. Liddy priced the whole thing out at $1 million. He proposed kidnapping “radical” leaders and holding them incommunicado in Mexico until the GOP convention was over.

Liddy came back two days later with a detailed plan of action. From History Commons:

“Gemstone” is a response to pressure from President Nixon to compile intelligence on Democratic candidates and party officials, particularly Democratic National Committee chairman Lawrence O’Brien. Liddy gives his presentation with one hand bandaged—he had recently charred it in a candle flame to demonstrate the pain he was willing to endure in the name of will and loyalty. Sub-operations such as “Diamond,” “Ruby,” and “Sapphire” engender the following, among other proposed activities:

– disrupt antiwar demonstrators before television and press cameras can arrive on the scene, using “men who have worked successfully as street-fighting squads for the CIA” [REEVES, 2001, PP. 429-430] or what White House counsel John Dean, also at the meeting, will later testify to be “mugging squads;” [TIME, 7/9/1973]

– kidnap, or “surgically relocate,” prominent antiwar and civil rights leaders by “drug[ging]” them and taking them “across the border;”

– use a pleasure yacht as a floating brothel to entice Democrats and other undesirables into compromising positions, where they can be tape-recorded and photographed with what Liddy calls “the finest call girls in the country… not dumb broads but girls who can be trained and photographed;”

– deploy an array of electronic and physical surveillance, including chase planes to intercept messages from airplanes carrying prominent Democrats.”

John Mitchell, who was no bowl of buttercups, determined amusedly that Liddy’s proposal was not quite what he had in mind. White House counsel John Dean was horrified. In his now famous “cancer on the presidency” meeting in the Oval Office, captured on the White House tapes of March 21, 1973, Dean told Nixon about this most extraordinary gathering:

“Dean: … [Clears throat] So I came over and Liddy laid out a million dollar plan that was the most incredible thing I have ever laid my eyes on: all in codes, and involved black bag operations, kidnapping, providing prostitutes, uh, to weaken the opposition, bugging, uh, mugging teams. It was just an incredible thing. [Clears throat]”

Poor Gordon Liddy. A man ahead of his time. If he worked for Cambridge Analytica—and, knowing what we know now, it’s amazing that he doesn’t—he could have set this whole thing up from his recliner at home with a few keystrokes. No uncomfortable meetings. No outraged White House counsels.

There simply was nothing about the Trump campaign that wasn’t rotten at its core. The candidate himself and most of his advisers had a positive gift for finding the most rancid operatives available to do the most rancid kind of work. By the time the election rolled around, the whole Trump operation had rats in its brains and poisonous spiders in its blood. It produced not a presidency, but a wart-ridden golem of a presidency, wandering and staggering around the landscape with bits of its pestiferous flesh falling into the public prints every day. Good Christ, what has this country done?