Lewis Lawrence likes to refer to the coastal middle peninsula of Virginia as suffering from a “soggy socks” problem. Flooding is so persistent that people often can’t walk around without getting their feet wet.

Over two decades, Lawrence, the executive director of the Middle Peninsula Planning District, has watched the effects of that problem grow, as rising waters and intensifying rains that flood the backyard render underground septic systems ineffective. When that happens smelly, unhealthy wastewater backs up into homes.

Local companies, he said, call the Middle Peninsula the “septic repair capital of the East Coast.” “That’s all you need to know,” he added. “And it’s only going to get worse.”

As climate change intensifies, septic failures are emerging as a vexing issue for local governments. For decades, flushing a toilet and making wastewater disappear was a convenience that didn’t warrant a second thought. No longer. From Miami to Minnesota, septic systems are failing, posing threats to clean water, ecosystems and public health. 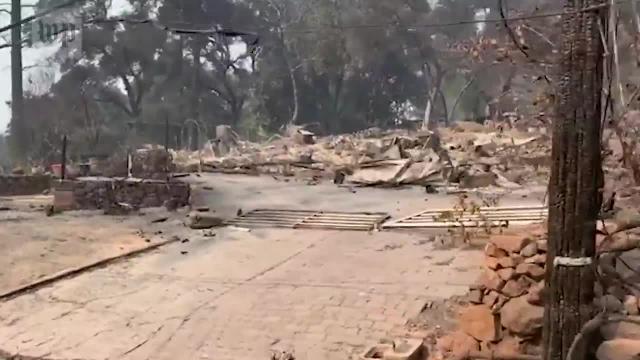 The psychological impact of climate change

Psychological research shows that climate change can alter an individual’s mental health both directly and indirectly, impacting how we respond to this crisis.

About 20% of U.S. households rely on septic, according to the Environmental Protection Agency. Many systems are clustered in coastal areas that are experiencing relative sea-level rise, including around Boston and New York. Nearly half of New England homes depend on them. Florida hosts 2.6 million systems. Of the 120,000 in Miami-Dade County, more than half of them fail to work properly at some point during the year, helping to fuel deadly algae blooms in Biscayne Bay, home to the nation’s only underwater national park. The cost to convert those systems into a central sewer plant would be more than $4 billion.

The issue is complex, merging common climate themes. Solutions are expensive, beyond the ability of localities to fund them. Permitting standards that were created when rainfall and sea-level rise were relatively constant have become inadequate. Low-income and disadvantaged people who settled in areas with poor soils likely to compromise systems are disproportionately affected. Maintenance requirements are piecemeal nationwide. And while it’s clear that septic failures are increasing, the full scope of the problem remains elusive because data, particularly for the most vulnerable aging systems, are difficult to compile.

“The challenges are going to be immense,” said Scott Pippin, a lawyer and researcher at the University of Georgia’s Institute for Resilient Infrastructure Systems who has studied the problem along the state’s coast. “Conditions are changing. They’re becoming more challenging for the functionality of the systems. In terms of large-scale, complex analysis of the problem, we don’t really have a good picture of that now. But going forward, you can expect that it’s going to become more significant.”

Pippin’s work in Georgia is one of several studies as states from New Hampshire to Alabama confront the effects of septic system failures. Michigan’s Department of Environment, Great Lakes and Energy estimates that 24% of the state’s 1.37 million septic systems are failing and contaminating groundwater. A project funded by the National Oceanic and Atmospheric Administration is examining the potential longer-term impacts of climate change on septic systems in the Carolinas. Virginia has created a Wastewater Infrastructure Policy Working Group to address the issue.

An EPA spokesman said the agency didn’t have a report on the septic problem but noted that sea level rise, changing water tables, precipitation changes and increased temperature can cause systems to fail. The infrastructure bill passed last year provides $150 million to replace or repair systems nationwide.

For a century, conventional septic systems have been an inexpensive solution for wastewater. They work by burying a tank that collects wastewater from sinks, toilets, showers and washing machines, holding the solids while the liquid percolates through a few feet of filtering soil, where microbes and other biological processes remove harmful bacteria.

When that doesn’t happen, bacteria and parasites from human waste flow into drinking water supplies or recreational waters, creating a public health problem. Nitrogen and phosphorous, also a byproduct of the waste, pollute waters, creating oxygen-depleted zones in rivers and along the coast, closing shellfish harvests and killing fish.

For decades, septic systems have been designed with the assumption that groundwater levels would remain static. That’s no longer true. “Systems that were permitted 40, 50 years ago and met the criteria at that time now wouldn’t,” said Charles Humphrey, an East Carolina University researcher who studies groundwater dynamics. In North Carolina’s Dare County, which includes Outer Banks destinations such as Nags Head and Rodanthe, groundwater levels are a foot higher than in the 1980s.

That means there’s not enough separation between the septic tank and groundwater to filter pollutants. The threat isn’t only along the coasts. More intense storms dumping inches of rain in a few hours soak the ground inland, compromising systems for weeks. Too little precipitation is a problem as well. The lack of early, insulating snow in the Midwest, attributed to climate change, drives down the frost line, freezing drain fields and causing failures.

Georgia spent years creating a comprehensive database of septic systems, the only state to complete one. “Everybody wants to skip to a solution – how do we build a new infrastructure for the future? But I think the story is really the value of investing in the data and in that preliminary research to make smart investments and wise decisions,” Pippin said.

About half of the area’s 120,000 septic tanks were compromised during storms or wet years, according to a study. Roughly 9,000 are vulnerable to compromise or failure under current conditions. That number is expected to rise to 13,500 by 2040. The solution is to connect properties to a central sewer system, beginning with the most-threatened areas. So far, the county is using $100 million from the American Rescue Plan to begin converting homes to sewer and another $126 million to convert 1,000 commercial septic tanks. The plan is to expand sewer to the 9,000 most vulnerable properties within five to 10 years, if funding can be secured.

Connecting will cost between $5,000 and $20,000. Miami-Dade County Mayor Daniella Levine Cava said the county is looking for funds to help low- and moderate-income property owners.

“What’s at stake?” she asked. “I’m sitting on my 29th-floor office looking out the window at the beautiful bay. This is our lifeblood. Without a clean bay, we don’t have tourism. We don’t have health. We don’t have a marine industry. It is the lifeline, the economic driver.”

The cost Levine Cava outlined can be a barrier to low-income communities. In the Chuckatuck borough of Suffolk, a sprawling city in Southeast Virginia, the mostly Black, elderly residents of the Oakland neighborhood have suffered repeated septic failures in recent years. They blame the combination of new development increasing storm-water runoff and a failure by the city to maintain ditches carrying away the water.

When Roosevelt Jones, 81, moved into the neighborhood in 1961, he used an outhouse. Soon after, he installed septic. But in recent years, his system and others in the neighborhood have increasingly failed, backing up in sinks and toilets. During the 2020 winter, Jones, who has lived in his 1,300-square-foot cottage since 1961, had to pump his tank out four times at $350 each. “Normal is every five years,” he said. “When we get a bad rain, it’s going to flood my septic tank.”

When his toilet fills with sewage, Jones, who retired from a quality control position for a warehouse but still works custodial jobs, slips into a church he cleans up the road.

After the city ran a pipeline through their neighborhood to provide sewer service to a development of more than 100 homes uphill with prices starting at $300,000, residents were given the option to tie into the system. But it came at a cost – roughly $7,000 or more per house. Many in the village are on a fixed income. The price was too high. Only 33 of 75 property owners voted, with 18 of them favoring a sewer connection. “A lot of people got them [the petitions] and ended up throwing them away,” Jones said.

On Virginia’s low-lying Middle Peninsula, surrounded on three sides by the Chesapeake Bay, the Rappahannock River and the York River, Lawrence has had a preview of the effects of climate change and the challenges to septic systems. Failing to address the problem, he said, could eliminate decades of environmental progress.

“You’re sitting on all of the work for the last 30 years to clean up the Chesapeake Bay,” he said. One or two good hurricanes will destroy that because every residential home will become a brownfield because their septic tank is just sitting there full of bad stuff.”

Shortly after Lawrence started at the planning district in 1997, the General Assembly approved alternative septic systems in addition to the conventional gravity-fed systems. They’re engineered to have a secondary treatment that purifies the wastewater before discharging it into the soil.

Now, even those alternative systems are failing. Why? They don’t handle flooding well and flooding happens often on the Middle Peninsula.

Wastewater regulations for septic systems haven’t been overhauled in decades in states. Virginia updated requirements 20 years ago, said Lance Gregory, director of the Department of Health’s Water and Wastewater Services division. A bill passed last year directs the State Board of Health to create regulations making Virginia the first state to include the impacts of climate change on septic. The goal, Gregory said, is to not issue a permit for a system that 10 or 15 years from now will be an environmental and public health problem – and a costly repair for an owner.

Lawrence is looking for solutions, partnering with Rise, a Norfolk-based technology innovations accelerator, in a challenge to design septic systems that can be elevated much like HVAC systems. “Why are we building our communities the same way we built them 100 years ago when we know Mother Nature isn’t operating the same way she did 100 years ago? It makes no sense,” he said. “We’ve got to be reimagining and designing our communities differently. If you can elevate a heat pump, why can’t you elevate a $40,000 septic system?”

The problem percolating underground so concerned William “Skip” Stiles of the nonprofit Virginia advocacy group Wetlands Watch that he created an ad hoc group of policymakers and researchers from Georgia to Maine to share knowledge and discuss solutions.

He hopes the group’s “noodling” on the issues, as he calls it, will inform new regulations. In the end, the answer to the septic problem may not be to improve the regulations and the technology, but to leave threatened areas.

“The septic system is the canary in the coal mine,” Stiles said. “If you’ve got a house and the septic is starting to flood, it won’t be long before the house goes. We ought to be using septic failures as an early warning system for those areas we’re going to have to take people out of.”