Arizona’s teacher problem is only getting worse 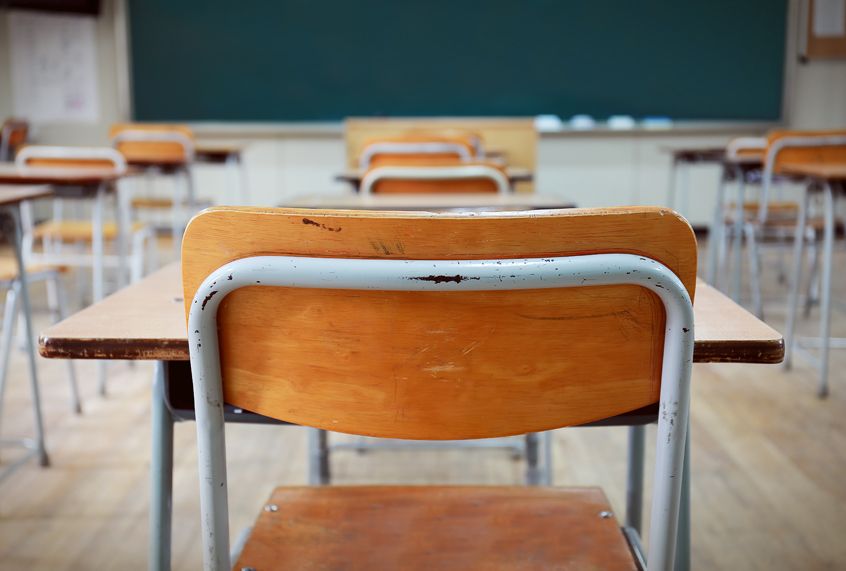 One of the nation’s worst education systems is getting worse.

The total number of teachers in America is on the decline, as many teachers are underpaid and overworked and don’t receive adequate resources or funding from their schools or governments. The Wall Street Journal reports that since 2005, all 50 states and Washington, D.C. have experienced teacher shortages. But some states are really struggling. States like Arizona, which has been at or near the bottom of national education rankings for quite some time, have a dearth of qualified teachers — and are lowering certification standards as a result.

Arizona ranks 43rd overall in the latest U.S. News & World Report’s state-by-state education report. The state comes in at 22nd in higher education and ranks 47th in pre-kindergarten through high school. According to an Arizona Republic analysis from June, 22 percent of the state’s 46,000 teachers were not fully qualified to teach in the state, meaning they lacked proper training or certification to teach.

In May, Arizona Gov. Doug Ducey passed the so-called “warm body” legislation, a nickname which stems from the concern that it allows almost anyone with a pulse t0 teach in the state. The bill enabled school administrators to set teacher certification standards on a district-by-district basis while also lowering the standards to teach. Now teachers can be hired with no formal teaching training, so long as they have five years of relevant experience in a field.

Ducey touted the bill as a sensible fix for a complex problem, saying, “No longer will an outdated process keep qualified, dedicated individuals out of the classroom.”

Only a month or so into the new school year, about 520 teachers have either resigned or abandoned their post, according to a survey published by the Arizona School Personnel Administrators Association, raising the total number of positions that remain unfilled to more than 1,300 across the state and exacerbating an already severe problem.

Arizona isn’t the only state to substantially lower the bar on requirements to become a qualified teacher. States like Minnesota and Illinois are in similar scenarios, forced to adjust the standards of becoming a teacher in order to satisfy the need for more teachers. Most of these states have come up with some form of legislation that strips down the standards to the bare minimum requirements, like simply having a bachelor’s degree and experience teaching a certain subject.

But the one in Arizona has been particularly problematic.

Many opposed the legislation, including the superintendent of public schools, Diane Douglas, and education advocacy groups, among others. They argued that lowering standards for teachers does not solve the problem in the long or short term, as it won’t necessarily help these schools retain these teachers long term because of inadequate wages and diminishing resources from the government. Having under-qualified teachers also directly affects the quality of the students’ education, who are the real losers in a situation like this.

“In my opinion, lowering the standards for new teachers is not the way to correct the problem,” Douglas said in a statement, before Ducey passed the bill. “Instead, I have recommended that we focus on increasing teacher salaries to help retain and attract the best candidates.”

Arizona spends relatively little on education, and what little money was budgeted for the state’s education system has been reduced several times over the last decade. The new budget introduced in May by Gov. Ducey included more money allocated to education than before, and promised a 2 percent increase in teacher wages, this after Arizona teachers saw the biggest one-year decrease in salary in the nation from 2014-15 to 2015-16, -0.5 percent change, according to data from the National Education Association. (Far below the national average of one-year change, 1.3 percent).

But even that increase won’t solve the issues that teachers currently face in Arizona, and it barely raises their salaries. The state’s teachers make on average $47,218, which ranks 42nd out of all 50 states. In addition to making far less than the national average, Arizona teachers are also saddled with the second highest teacher-to-student ratio in the country. At 23.8 to 1, it places an extra burden on the teachers to teach more students for, and with, less. In addition to teachers getting little in the way of an adequate salary, the state spends far too little on the students themselves, with an average per-student expenditure of $7,566, fourth lowest in the country.

In another effort to fix the teacher shortage problem, Gov. Ducey announced an initiative that would add an additional 200 teachers to Arizona public schools by offering a year of free tuition at a state university for every year one teaches in Arizona.

The program is called the Arizona Teachers Academy, and will be funded by the three in-state universities themselves, costing roughly $1 million. Ducey and administrators are hopeful to expand the program to more than 700 teachers within the next five years.

That certainly seems like a more reliable, long-term solution to the problem than lowering certification standards, but more is needed in the short-term. As it stands, hundreds of teachers are still needed across the state, and most of those positions likely won’t get filled anytime soon, at least not by qualified teachers.

Vincent Peña
Born and raised in Phoenix, Vincent Peña attended Northern Arizona for undergrad and headed to the University of Nebraska-Lincoln for grad school. He’s a huge journalism nerd who has mostly written about sports, but wanted to venture out and write about issues that are important to him and his community, especially in Arizona. There’s more to Arizona than cacti, bad government decisions, 117-degree heat, and mediocre sports teams — like 80-degree winters and the best Mexican food north of the border. His main vices are books and coffee.