America is richer than ever — but you’re probably not 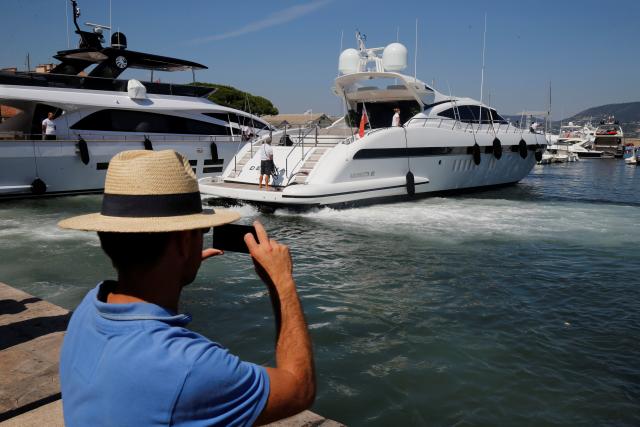 If you measure America’s well-being by the nation’s overall wealth, these are the best days ever.

But does it feel that way? Obviously not. Disaffected working- and middle-class voters just sent a bomb-thrower at the White House, to dismantle institutions they feel are failing. Economic alienation fuels white supremacists who feel everybody’s getting ahead but them. Roughly 10 million working-age men who ought to be in the labor force are sitting at home instead. An astonishing 60% of Americans feel the nation is on the wrong track.

What, exactly, is the problem? How can the nation be so rich, yet so torn? It starts with the concentration of all that wealth, which resides with a smaller portion of the population than it has in decades. Consumers also feel more jittery about the economy than they used to, revealing long-lasting scars from the housing bust and financial meltdown nearly a decade ago. Government policies haven’t helped much, with many Americans convinced Washington has made the middle class worse off, not better off, while further enriching a ruling class that needs the money least.

First, the good news. The high-flying stock market, combined with a steady recovery in home prices during the last several years, has pushed total household net worth in the United States to about $95 trillion — nearly $30 trillion more than before the last recession began in 2007. As a percentage of disposable income, household net worth just hit a new peak, which means that wealth in the United States relative to the size of the population is now at the highest level on record. We’re rich!

View photos    Household net worth as a percentage of disposable income.

Or rather, a few of us are rich. Bank of America Merrill Lynch points out that, like income, wealth in the United States is held by a declining percentage of the population. In 1992, 54% of all financial wealth was held by the top 10% of earners; today 63% is. The latest numbers from Gallup show that just 52% of Americans own stocks — the lowest percentage on record — down from 65% in 2007.

Home equity is a larger source of wealth for many middle-class families than financial assets, but the trend here is discouraging, too. According to BAML data, the top 10% of earners now control 30% of household wealth, up from 25% in 1992. The homeownership rate, normally around 65%, peaked at 69.2% in 2004, during the housing boom, then bottomed out at 63.4% in 2015, as millions foreclosed or found themselves locked out of the housing market by tight credit or affordability problems. The homeownership rate has only recently begun to tick back up.

View photos     More evidence the rich are getting richer.

The bottom-line story is a familiar one: The rich are getting richer, with the middle and lower classes missing out on most of the gains. Widespread frustration with a backsliding middle class is one of the forces that helped Donald Trump win the presidency last year. And now, the same phenomenon is hamstringing the very economy Trump has vowed to shake from the doldrums. While job creation has been strong, wages are rising slowly, consumers remain reluctant to spend and growth is stuck around 2% per year, a solid percentage point short of the robust growth rates of the 1980s and ‘90s.

The rich don’t spend based on market performance

BAML links growing wealth inequality with relatively weak consumer spending — which would normally be stronger at such high levels of overall wealth. The reason it’s not is that affluent people enjoying most of the wealth gains are less likely to spend the extra money than lower-income folks on a budget. The “wealth effect” is supposed to make consumers more optimistic and willing to spend when their home equity rises or the value of their investing or retirement portfolio goes up. But since the wealthy generally have everything they want, they’re less likely to splurge based on the direction of the stock or housing market. And lower-income people aren’t going to spend more if they don’t feel wealthier.

A declining portion of Americans seems to be enjoying a sense of prosperity. Or, if they do feel it, they’re less likely to think it will last than they once felt. In that way, pessimism and caution beget a self-fulfilling cycle of under-performance in the economy. For Trump to defeat that, he needs to convince people they’re really better off, and likely to stay that way. For now, too many doubt it.