This Would Be Delicious If It Weren’t So Poisonous 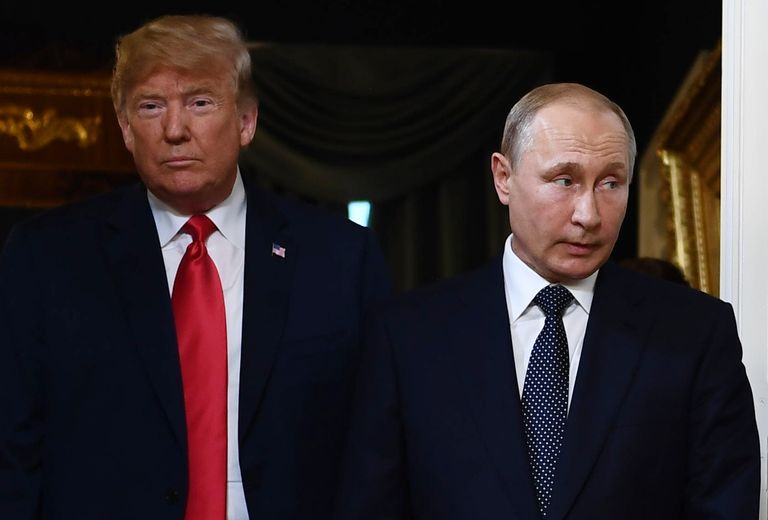 If I didn’t know that there is a murder of crows sitting upon the capitol these days, I might even applaud the move as an immortal masterpiece of pure trolling. If the threat to democratic institutions weren’t so imminent, I’d buy a beach chair and a cooler full of coldies, sit back, and watch the show.

For ten days or so, ever since the Helsinki in a Handbasket press conference, the president* has seemed to go out of his way to prove himself at the very least a useful device in an autocrat’s toolbox. He has spent a couple of days flopping around like a bass in a boat, trying to explain that “would” meant “wouldn’t,” and that he wasn’t really considering shipping a former ambassador to Russia for questioning.

Evidence has piled up that his presidential campaign, and his subsequent administration*, may have functioned primarily as laundromat for ill-gotten currencies of many lands. Evidence has emerged that much of conservative Republican politics may have served to fluff and fold the proceeds of the Volga Bagmen. The president*’s one-time campaign manager is about to begin the first of what may be a prolonged miniseries of trials, most of them centering on work he did in what we used to call The Former Soviet Union. So, in the face of all of these unprecedented developments, what does he do? He does this.  From CNN:

“President Trump asked (national security adviser John Bolton) to invite President Putin to Washington in the fall and those discussions are already underway,” Sanders tweeted Thursday, hours after Trump tweeted he is “looking forward” to meeting again with Putin to “begin implementing” issues they discussed during their summit earlier this week.

The invitation was extended to Putin by Bolton earlier on Thursday, according to a National Security Council spokesman.

The pair of tweets were the latest indication that Trump is doubling down on his Russian rapprochement strategy even as his approach to Putin continues to draw bipartisan criticism and questions abound as to what Trump and Putin agreed to during their first meeting.

(I just had another horrible thought. The president* is supposed to have his idiotic parade this fall, too. I am conjuring up the vision of Donnie and Vlad, together on the reviewing stand, while the Joint Chiefs of Staff sneak out and apply en masse for citizenship on Fiji.)

It was going to be an eventful autumn anyway. The future of the Supreme Court for the next 30-odd years is going to be hanging fire as the nomination of Brett Kavanaugh comes before the Senate. Robert Mueller is due to produce his report. And we will be winding into the homestretch of one of the most crucial midterm elections most of us have ever experienced. Now, with all of that going on, the president* has presumed to invite his favorite thuggish kleptocrat to town. There will be bands and bunting. There will be a state dinner to which many influential Republicans, and members of Congress, many of whom will be running for re-election at the time, will be invited. I predict a staggering number of unbreakable tonsorial appointments. The announcement caught the Director of National Intelligence flatfooted on live television. This would be delicious if the whole thing weren’t so poisonous. 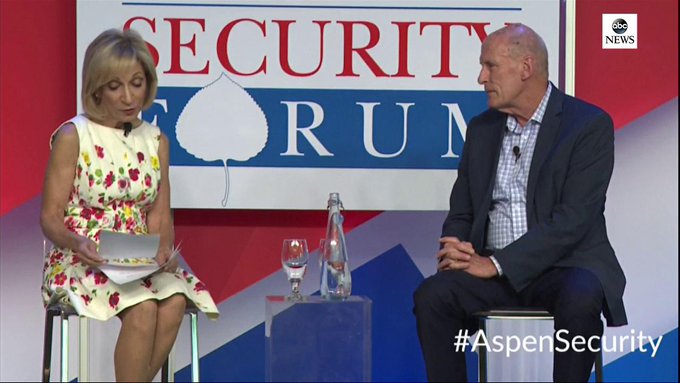 “Say that again,” he responds.

They have something on him. Almost everyone is convinced of that now. And, at least in the fog of the president*’s head, what they have on him is sufficiently lethal for him to act like an autocrat’s apprentice all over the world. On Thursday night, a former CIA Moscow station chief, one of the spookiest of the spooks, told Anderson Cooper:

The squirming already has begun. Mitch McConnell huffed and puffed and pretendedhe still has dignity on which to stand while his colleagues all try to cram themselves behind the drapes of the caucus room at the same time. From The Hill:

“There is no invitation from Congress,” McConnell spokesman David Popp said in an email to The Hill…Senate Republicans are generally opposed to the prospect of another Trump-Putin meeting so soon after the pair’s one-on-one meeting in the Finnish capital this week, which sparked controversy after Trump appeared to side with Putin’s denials over the U.S. intelligence community’s assessment that Russia interfered in the 2016 presidential election.

The rest of us have to come to grips with the fact that there is no real mystery any more. The president* of the United States is a reckless vandal who is in thrall to a man whose only real goal in life is to loot his own failing country and hobble this one. Putin is a brutal con-man who has found a transparently bad one that he can play like a cheap violin. How the president* got into this situation almost seems irrelevant at this point; there well may be a video of some icky water-sports in a Moscow hotel, but I still think it’s all about money that Russians needed to clean, and that the president* needed to keep his Potemkin empire afloat. In that context, this latest, scarcely believable plot twist has a certain mad logic to it. In for a dime, in for a ruble.