Remington Arms agreed Tuesday to settle liability claims from the families of five adults and four children killed in the massacre at Sandy Hook Elementary School, according to a new court filing, marking the first time a gun manufacturer has been held liable for a mass shooting in the U.S.

The settlement comes nearly eight years after the families sued the maker of the Bushmaster XM15-E2S semiautomatic rifle that was used in the 2012 mass shooting in Newtown, Connecticut.

More details will be announced at a news conference from the families.

On Dec. 14, 2012, Adam Lanza, 20, forced his way into Sandy Hook Elementary School, and in the course of 264 seconds, fatally shot 20 first-graders and six staff members. 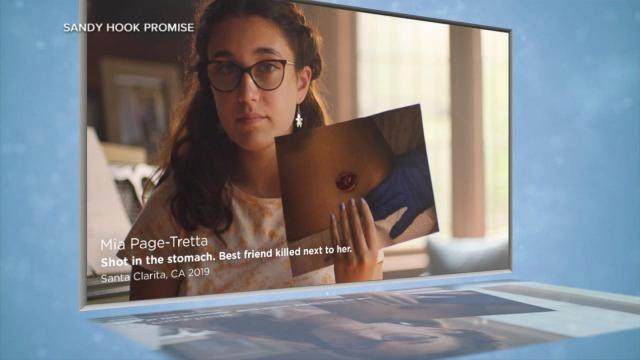 The rifle Lanza used was Remington’s version of the AR-15 assault rifle, which is substantially similar to the standard issue M16 military service rifle used by the U.S. Army and other nations’ armed forces, but fires only in semiautomatic mode.

The families argued Remington negligently entrusted to civilian consumers an assault-style rifle that is suitable for use only by military and law enforcement personnel and violated the Connecticut Unfair Trade Practices Act through the sale or wrongful marketing of the rifle.

Remington, which filed for bankruptcy protection in July 2020, had argued all of the plaintiffs’ legal theories were barred under Connecticut law and by a federal statute — the Protection of Lawful Commerce in Arms Act — which, with limited exceptions, immunizes firearms manufacturers, distributors and dealers from civil liability for crimes committed by third parties using their weapons.